Christians have no way of resolving this contradiction unless they ignore their common sense, reasoning & delude themselves with false wishes of someone dying for their sins so as to be free to commit more SINS as they do. After all, did not Christ die to atone for their sins, and haven’t their sins been wiped out, so why should they stop committing sins? , why do we execute murderers, or put criminals in jail, or punish them in other ways, if they truely believe that the criminal’s sins have all been atoned for and forgiven through the blood of  MAN –GOD-Christ? Is this not an absurdity mixed with atrocity? As long as people believe in absurdities, they will continue to commit atrocities.

If Paulins/Christians insist that MAN-GOD-Jesus was crucified, then, they must be prepared to accept that their so called MAN-GOD JESUS IS ACCURSED according to Paul & the bible. “You must not leave the body hanging on the pole overnight. Be sure to bury it that same day, because anyone who is hung on a pole is under God’s curse. You must not desecrate the land the LORD your God is giving you as an inheritance”. Deuter21:23.

“Christ redeemed us from the curse of the law by becoming a curse for us, for it is written: “Cursed is everyone who is hung on a pole.” Galatians 3:13.

Can any sane person(s) refer to either Almighty God or Jesus the Son of Mary (peace be upon him) as cursed as in these verses of the bible?
In fact, Imam as-Sarkhasi (rh) said: What they quote as evidence of reports from the Jews and Christians about the killing and crucifixion of the Messiah is an illusion. There are irreconcilable differences between their Gospels, historians, regarding everything that has to do with the story of the crucifixion see details of the fable of the CRUCIFIXION OR “CRUCI”FICTION of Christ by tapping these links

Paul & Paulins have abandoned the supposed sayings of Jesus Christ in the bible.

As Jesus spoke these things, many believed in Him. So He said to the Jews who had believed Him, “If you continue in My word, you are truly My disciples. Then you will know the truth, and the truth will set you free.”…John 8: 30 to 32. Paul (who was never an apostle of Jesus when he was on earth) became a false disciple of Jesus by abandoning the word of Jesus and became imprisoned by falsehood of Christianity, better put Paulinity that he founded. A few of the many examples illustrate this claim.

For more biblical proofs of this claim tap link http://www.answering-christianity.com/jesus_mankind.htm

“Who are You, Lord?” Saul asked. “I am Jesus, whom you are persecuting,” He replied. Now get up and go into the city, and you will be told what you must do. The men traveling with Saul stood there speechless. THEY HEARD THE VOICE BUT DID NOT SEE ANYONE”. Act 9: 5-7.

‘Who are You, Lord?’ I asked. ‘I am Jesus of Nazareth, whom you are persecuting,’ He replied. My companions SAW THE LIGHT, BUT THEY COULD NOT HEAR THE VOICE of the One speaking to me. Then I asked, ‘What shall I do, Lord?’ ‘Get up and go into Damascus,’ He told me. ‘There you will be told all that you have been appointed to do.’… Acts 22:8-10. Note the contradictions in the statements of Paul regarding hearing the voice & seeing the light.

The lie of Paul & truthfulness of Jesus (peace be upon Him) were enumerated by prophet Muhammad (peace be upon Him) & the Quran; The last testament and the best challenge: “And recall when Jesus, the son of Mary, said: ‘O Children of Israel, I am Allah’s messenger to you, confirming the Law (which came) before me, and giving Glad Tidings of a Messenger to come after me, whose name shall be Ahmad (Muhammad)……..”[Sûrah al-Saff: 6].
The Prophet Muhammad (peace be upon him) said: “Each prophet used to be sent to his own people, whereas I have been sent to all humanity.” [Bukhârî]

The Qur’ân makes it clear to us that the message of Jesus (peace be upon him) was specifically for the Children of Israel. He was not sent to other nations, like the Greeks and the Romans. He was not sent as a messenger for all humanity.

The Prophet (Peace of Allah be upon Him) said “Both in this world and the hereafter, I am the nearest of all the people to Jesus; the son of Mary. The prophets are paternal brothers their mothers are different but their religion is one (Bukhari)

Abu Hurairah (ra): the Prophet (Peace of Allah be upon Him) said “by Him in whose hands Muhammad’s soul is, there is none from amongst the Jews & the Christians (of these recent nation) who hears about me and dies without believing in the message with which I have been sent but he will be from the dwellers of the Hell fire (Muslim)…See Q3:116 also.

Allah declares in the Qur’ân: “Say (O Muhammad): Indeed I am Allah’s Messenger to you all.” [Sûrah al-A`râf: 157]. Tap link for the biblical prophecy of the coming of Prophet Muhammad by the Bible, Jesus etc. https://islamqa.info/en/10116 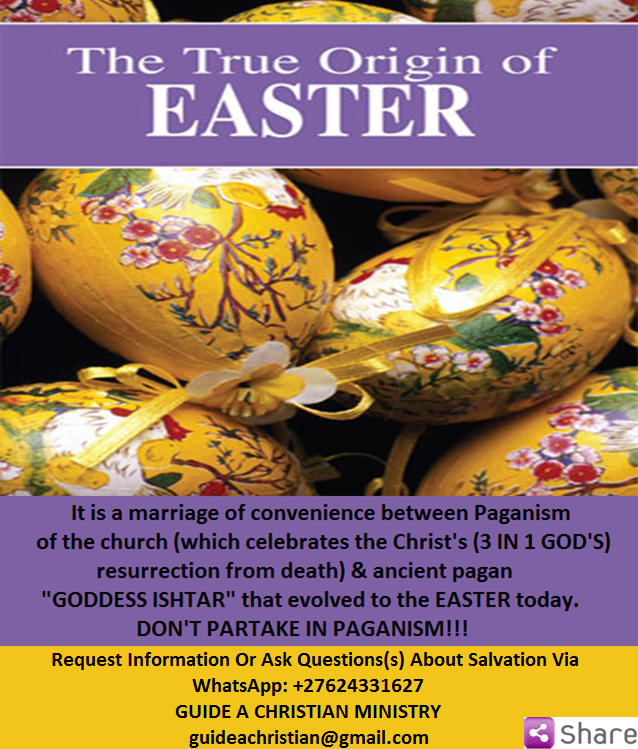 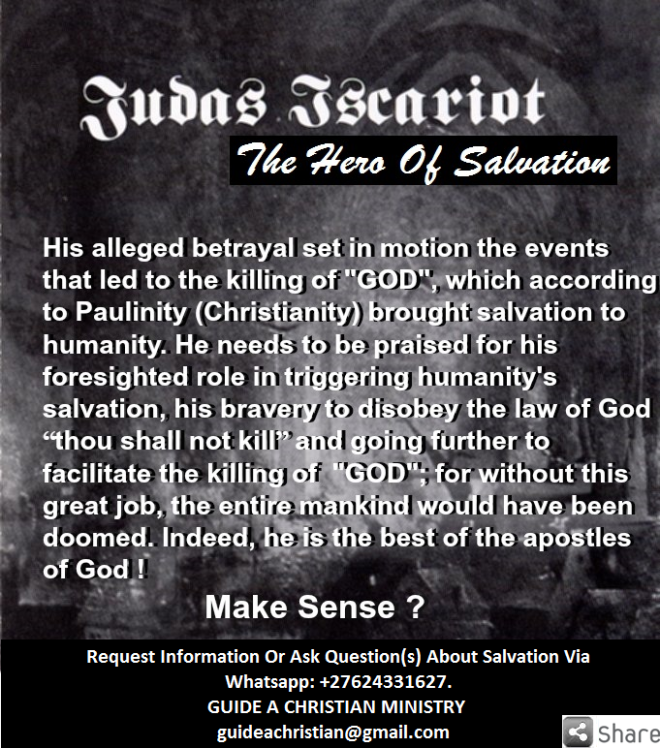 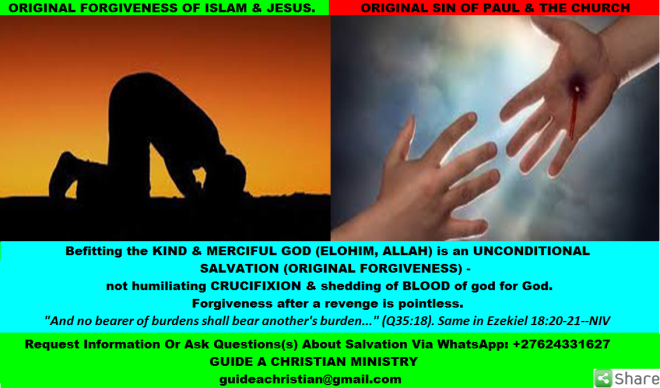 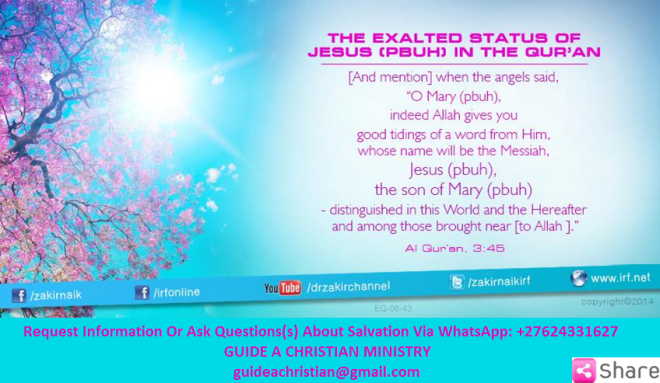