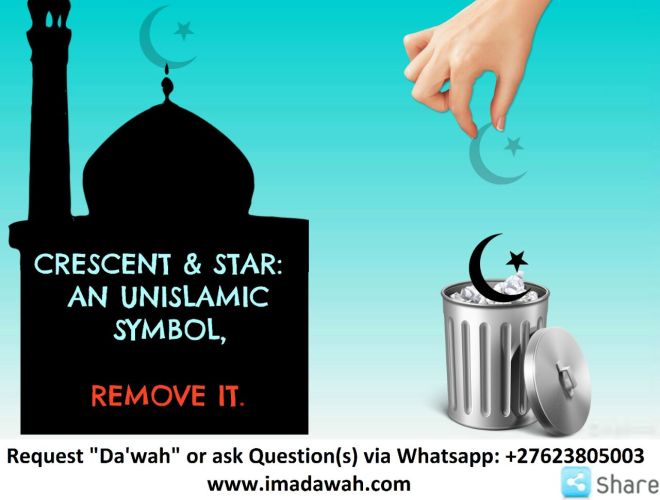 As regards *what Muslims think about the moon and the stars, we believe that they are part of the creation of Allaah, and as such can neither benefit nor harm people, and they do not have any influence over events on earth*.

Allaah has created them for the benefit of mankind, *“They ask you (O Muhammad) about the new moons. Say: These are signs to mark fixed periods of time for mankind and for the pilgrimage…” [2:189]*.Ibn Katheer said,: “From them (the new moons) *they may know the times for repaying loans, the ‘iddah (waiting period) of their women [after being divorced or widowed] and the timing of their Hajj (pilgrimage)*… Allaah has *made them signs to mark the times when Muslims should start to fast and break their fast*[the beginning and end of Ramadaan]…” (Tafseer Ibn Katheer).Al-Qurtubi (may Allaah have mercy on him) said in his commentary on this aayah: *“This explains the wisdom behind the waxing and waning of the moon, which is to avoid any confusion in appointed dates, dealings, oaths, Hajj, ‘iddah, fasting, breaking fasts, length of pregnancy, rentals and other matters that concern mankind”*.Similar aayah are  *‘And We have appointed the night and the day as two aayaat (signs). Then, We have made dark the sign of the night while We have made the sign of day illuminating, that you may seek bounty from your Lord, and that you may know the number of the years and the reckoning…” [17:12]*.‘It is He *Who made the sun a shining thing and the moon as a light and measured out its (their) stages, that you might know the number of years and the reckoning…’ [ 10:5]*.
Counting the new moons is easier than counting days.” (See Tafseer al-Qurtubi).

*Allahu Akabar, the whole essence is to give rhythm to the lives of Mankind*. With regard to the stars, the scholars of Islam say that *Allaah created these stars for three reasons: to adorn the heavens, to drive away the devils (shayaateen) and as signs for navigation*. (Saheeh al-Bukhaari, Kitaab Bad’ al-Khalq),.“It is He Who has set the stars for you, so that you may guide your course with their help through the darkness of the land and the sea…” [ 6:97].“And indeed We have adorned the nearest heaven with lamps, and We have made such lamps (as) missiles to drive away the shayaateen (devils), and have prepared for them the torment of the blazing Fire.” [67:5]

*IS THE CRESCENT MOON STILL THE SYMBOL OF ISLAM? MA SHA ALLAH, RESOUNDING NO*.It is quite easy for us to say to Non-muslims that Islam forbids symbolic idolatry  & that the crescent moon & star symbol  have no meaning & no significance to Islam, that we  do not worship the Moon & Star, that we worship only one God who is unseen and has no symbols. *And of His signs are the night and day and the sun and moon. Do not prostrate to the sun or to the moon, but prostate to Allah , who created them, if it should be Him that you worship. Q41:37*.As true as this is, maybe we have also contradicted ourselves by *undue and unnecessary attachment to the crescent moon and star introduced by the ottoman empire when it was running the show on behalf of Islam & Muslims.

🏿 *As real Muslims who are supposed to correct their errors when they realise it, the most  honourable way to  effectively convince ourselves & non-Muslims who often accuse of worshipping The moon God is to remove it from the minarets of our Masaajid, calendars, charts, publications, flags of Muslim countries, changing the international logo of the red crescent , OIC organisation of Islamic ountries  etc.*Charity, they say, begins at home. IMADAWAH says it begins with You. CRESCENT & STAR: UNISLAMIC SYMBOL, REMOVE IT & STOP PROMOTING IT.