Prohibition of imitating the kuffaar is one of the basic principles of sharee’ah–whether they are idol-worshippers or People of the Book – is haraam, whether that imitation is of their worship – which is the most serious form – or of their customs & behaviour. The Prophet (Sal Allaahu Alaiyhi wa Sallam): “Whoever imitates a people is one of them. There is no religion which encourages its followers to love and care for all creations more than Islam. Infact, Islam encourages us to express love at all times, as the Prophet (Sal Allaahu Alaiyhi wa Sallam) said: “If a man loves his brother, let him tell him that he loves him.” (Abu Dawood, al-Tirmidhi, saheeh).And he said: “By the One in Whose hand is my soul, you will not enter Paradise until you truly believe, and you will not truly believe until you love one another.  Shall I not tell you of something that, if you do it, you will love one another? Spread (the greeting of) salaam amongst yourselves.” (Muslim).

Love in Islam is more general & more comprehensive; it is not restricted to love between a man & a woman. There is the love of Allaah, of His Messenger (Sal Allaahu Alaiyhi wa Sallam), his companions, love for good & righteous people, love & support for the religion, love of martyrdom for the sake of Allaah. It is a dangerous mistake to restrict this broad meaning to this one kind of love which many a time does not even distinguish between the legitimate love in marriage & the forbidden love of mistresses, boy & girlfriend. In Islam, true & sincere couples should express love throughout the year – not just on one day of the year. Those who claim that celebration of this pagan “feast of lovers” helps to promote love between married couples; see statistics in countries where it is widely practiced. American Time magazine stated that around 4,000 wives out of approximately 6 million who are beaten die as a result of that beating. So how can we believe that Valentine’s Day is of any benefit to married couples? The truth is that it is a call for more permissiveness, immorality & the forming of forbidden relationships.

The exception to the general rule of Love in Islam is undoubtedly the love of the kaafirs. One of the basic principles of Islam adhered to by the pious predecessors is  al-walaa’ wa’l-baraa’ (loyalty and friendship vs. disavowal & enmity) only for the sake of Allah. It is obligatory for everyone who says Laa ilaaha ill-Allaah Muhammad Rasool Allaah to follow this principle.  Allaah says :

“You (O Muhammad) will not find any people who believe in Allaah and the Last Day, making friendship with those who oppose Allaah and His Messenger (Muhammad), even though they were their fathers or their sons or their brothers or their kindred (people)…”[58:22]

“O you who believe! Take not the Jews and the Christians as Awliyaa’ (friends, protectors, helpers), they are but Awliyaa’ of each other. And if any amongst you takes them (as Awliyaa’), then surely, he is one of them. Verily, Allaah guides not those people who are the Zaalimoon (polytheists and wrongdoers and unjust)”[5:51]

Real Muslims are proud of their religion & are not weak characters who follow every Tom, Dick & Harry. TAKE A STAND, STAY CLEAR OF THE DEADLY VIRUS OF VALENTINE; A GLOBAL PAGAN VISA FOR OBSCENITY & IMMORALITY.

The difference between love & a haraam relationship : https://islamqa.info/en/82010

What are the Signs of Allaah’s Love for His Slave? https://islamqa.info/en/7232

Ruling on Men and women talking in chat rooms https://islamqa.info/en/34841

Love for the sake of Allah https://islamqa.info/en/173 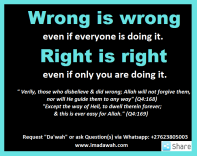 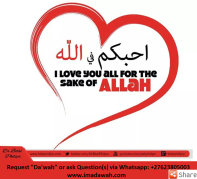 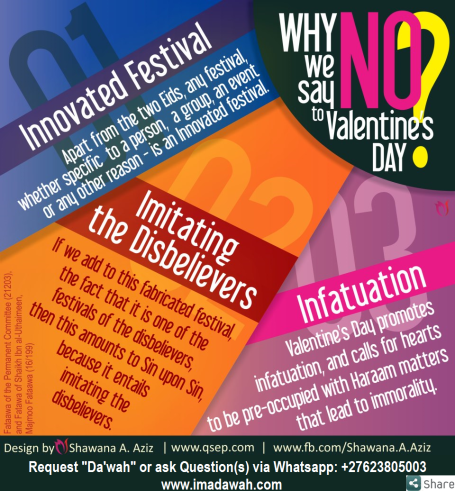 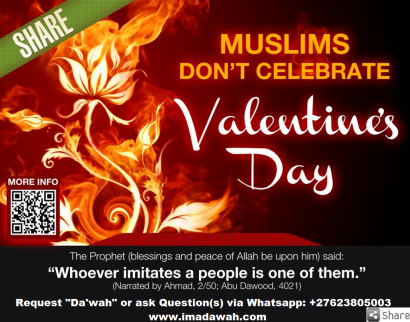 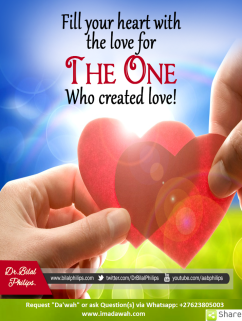 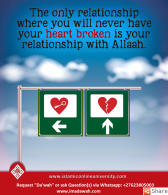 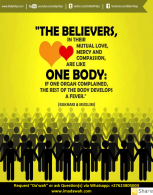 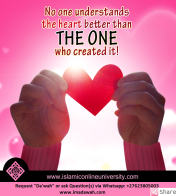 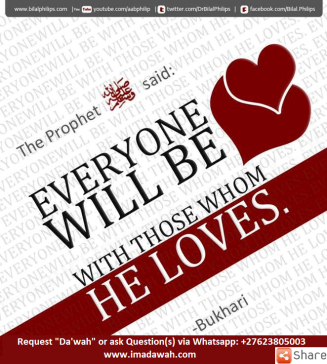 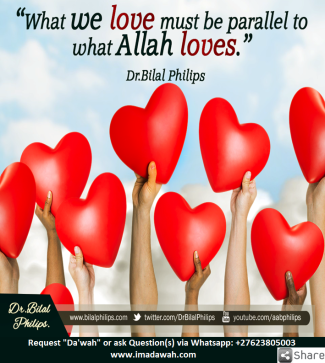 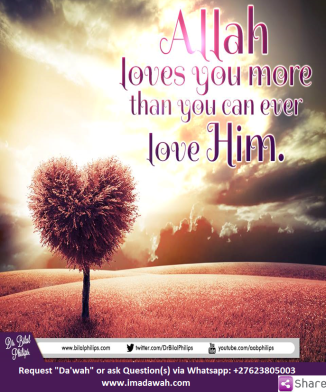 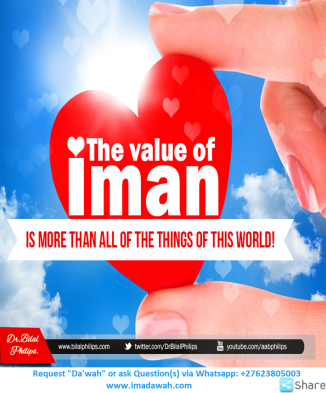 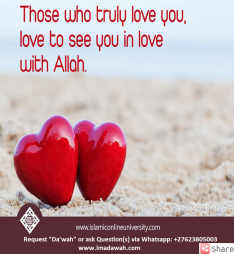 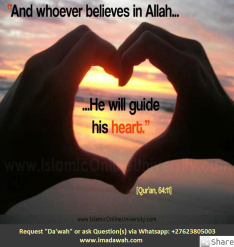 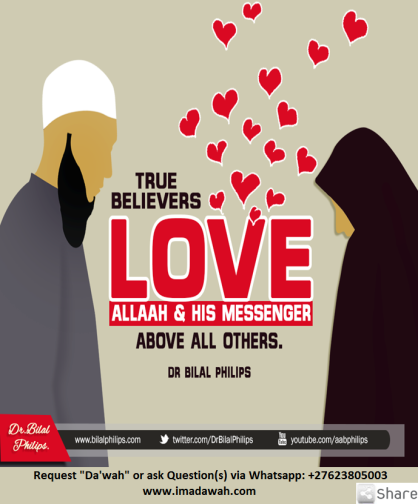